There's a secret plague going on. People suddenly possess memories of a life they have not lived. False Memory Syndrome, they're calling it, until detective Barry Sutton discovers what is really happening: A scientist has created a machine that sends peoples' consciousnesses back into a memory, and some have changed what has happened in the past.

I am incredibly partial to any story that has time travel in it, and this one really blew me away. I was impressed by the internal logic and consistency, and I was genuinely surprised at the plot's twists and turns. The characters were engaging, and their story was heartbreaking. Definitely my favorite read of the month. 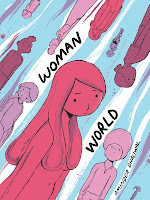 I rarely read graphic novels, but I could not pass this one up. After a plague has killed all men on the planet, women create communities to help rebuild the world. LGBTQ characters are handled decently well, though it would have been better if some issues were addressed more blatantly. The characters are all sweet and lovable. It's a humorous read, and many cis-gendered women will find scenes they relate to. I laughed out loud countless times in reading this.

A spooky atmosphere follows this book from beginning to end, as a group of teen girls navigate the new rules at their boarding school after a strange illness that alters their genetics sees them quarantined on their school-island. Much here reminded me of Jeff Vandermeer's Annihilation, including the imagery and the characters' hiding of secrets.

Obviously, the gorgeous cover is what drew me to this book, but anything that has characters secluded somewhere where strange things happen is up my alley, and this book accomplished that very well. Also, it's super feminist, which I love.

Yes, this is another book where the characters are struck down by some mysterious plague, but each one handles it differently. Here, a handful of people across the United States begin "sleepwalking" together, unresponsive and marching through the midwest. Their loved ones follow them, keeping them safe from those who fear them, and members of the CDC administer numerous tests to figure out what is wrong with them.

It's obvious from the start that this is Stephen-King-inspired, in all the best ways. The main characters bring real depth to the story, and the whole situation is thoroughly imagined. I think it would make an amazing TV mini-series.
on July 31, 2019 No comments:

Email ThisBlogThis!Share to TwitterShare to FacebookShare to Pinterest
Labels: books I read 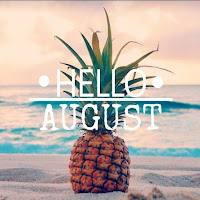 Hello fellow writers! I hope all as been well since the last time I updated this site, about five years ago.

Like many people, it is important for me to have consistency in my writing schedule in order to be as productive as I would like to be. I have had that consistency in my past on and off, even for several years at a time, and I am hoping to return to it now.

In returning to this blog, I am sharing my writing process and keeping myself in check as I work to become the prolific writer I know I can be. What you can expect to see here, at least at the start, are monthly check-ins on my writing goals, reviews of the books I read each month, and occasional insights about writing and reading.

A little about my writing: Literary (and generally realistic) fiction was my first love. However, the past few years have seen me shift my focus toward speculative fiction. I adore reading and writing everything sci-fi, dystopian, and near-future focused. My niche is climate science fiction, especially pertaining to sociopolitical issues surrounding the environment. Of course, that may change over time, but my writing has revolved around social and environmental problems in the genre of speculative fiction for the past several years.

The current project I am working on is a novella-length sci-fi story about a near-future prison system, tentatively titled "The Glitch." The first of four sections is complete at this time. I also will use this blog to further establish consistency in my writing routine and to up my productivity.

My goals for August 2019 are as follows:

1. Complete part two of "The Glitch," both in writing 5000 new words and completely editing the finished second part

2. Write at least one essay post for this blog

At the start of each month, I will share my new goals and provide an update on how I achieved my previous goals. You can look forward to other fun posts here as well!

Thank you for reading, and you'll hear more from me soon!