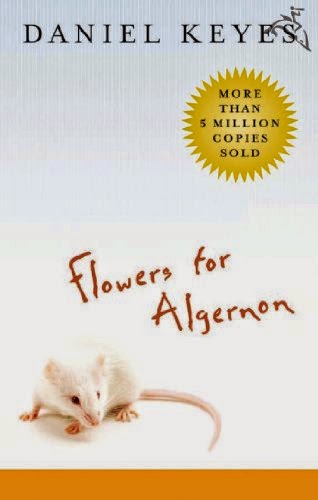 Flowers for Algernon by Daniel Keyes


A mentally challenged man undergoes surgery to improve his intelligence in this novel, but it does not quite turn out exactly how he or the scientists expected. This is one of those classic books that had been sitting on my shelf for a while and that I knew I would have to read eventually, but when I finally got to it, I didn’t realize that it was going to be so well written and moving. The author perfectly captures the main character’s voice and emotions as he goes through this experience, using the medium of a journal to describe the events over the course of several months and what he thinks about his mental development, relationships, and work life. His family history also plays an important part in his emotional development over the course of the novel. The book discusses some important themes of where intelligence comes from and what makes us happy in life, though I wouldn’t say I was satisfied with the ending. Overall, it was an engaging read that I would recommend for people who enjoy science and thoughtful books. 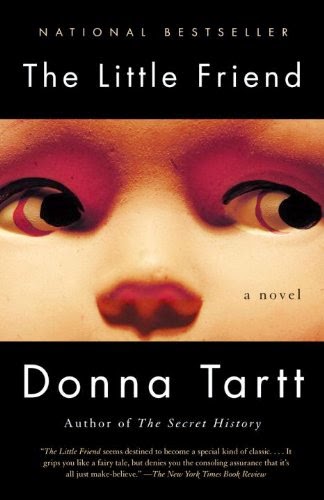 The Little Friend by Donna Tartt

In this book, a young girl named Harriet aims to solve the cold case of her older brother’s murder, which took place when she was only six months old. Harriet is very smart for her age but has trouble making friends and getting along with her family members because of her snarky, sarcastic, and smart-alecky personality. She constantly is asking why, which makes her annoying to the people around her but makes her a compelling protagonist, especially in the literary mystery genre. There is a pervasive To Kill a Mockingbird vibe here, which makes this a relatable read, as it follows the coming of age of a girl learning about the adult world a bit before she is ready for it. The first quarter or so of the book seems to consist of a lot more telling than showing, but it’s done in such a way that it come across as skilled storytelling. Tartt knows how to tell a great story with well developed characters. The writing style is clear and concise, not involving a lot of elegant, literary turns of phrase, which is sort of what I was expecting based on what I heard about the author and the fact that she has won big literary prizes. It's mostly the storytelling that makes this book a good read. 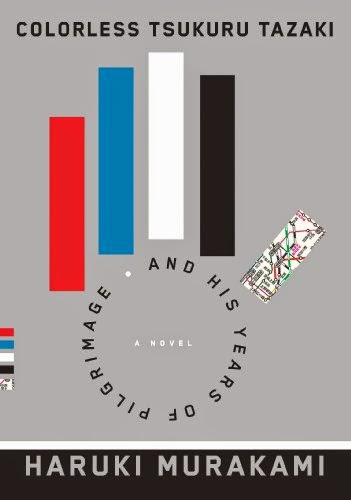 Colorless Tsukuru Tazaki and His Years of Pilgrimage by Haruki Murakami

This is Haruki Murakami’s latest book, which just came out this month. Of course, it was amazing, as to be expected from Murakami. Also, you should expect me to say it was amazing because he is one of my favorite writers. As a character, Tsukuru Tazaki is similar to many of Murakami’s protagonists in that he is a youngish loner who is in love with an independent woman but who is going through some sort of existential crisis. The plot of this book is easier to follow than some of Murakami’s other books, and it seems to have a bit fewer surrealist elements, even as it involves dreams and an exploration of the past. While I wouldn’t say it’s unique amongst Murakami’s books, it is certainly worth the read and has only reinforced my enjoyment of his work on the whole. Murakami has been and continues to be an important influence on my own writing. 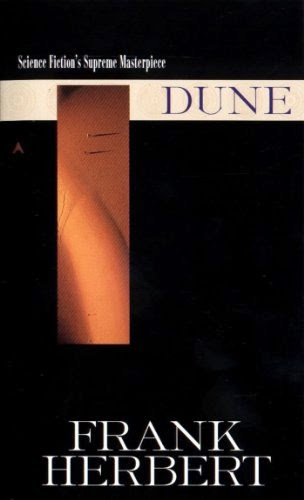 I am not one to read soft science fiction or fantasy like this, but I felt the need to read this since it is considered a classic in the genre. I loved it, surprisingly, as the plot developed gradually and understandably, and the main characters were all well developed and empathetic. I can see why it’s such a popular and distinguished book. It takes place on a strange desert planet where a royal boy named Paul goes with his parents to learn the ways of a rare supernatural group of people to which his mother belongs (a bit like the Jedi). However, there is an evil man who wants to kill Paul's father, called the Duke---I'll be honest, I wasn't entirely clear on his intentions. Despite this latter fact, though, I found all the characters to be well rounded and entertaining to read about. I will continue reading the series, though probably not right away.