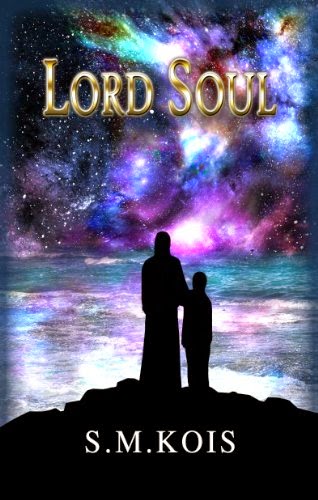 In her second novel, S. M. Kois ups the ante in terms of philosophical discussion and spiritual questioning. This book, Lord Soul, introduces a young boy named Charlie who has an extremely high IQ. When his baby brother is diagnosed with an incredibly horrible disease and is given a life expectancy of only a few years, seven-year-old Charlie is determined to find a cure. He studies books well beyond his education level, and his ideas are soon funded by a research lab that takes over the project for him. However, Charlie begins to see a man called Lord Soul, whom his parents believe is a hallucination, and he is diagnosed with schizophrenia. What follows is a philosophical journey consisting of dialogue between Charlie and Lord Soul, as well as an emotional journey as Charlie deals with adult issues at his young age.

The philosophy is definitely the most important part of the book, to S. M. Kois, as more than half of the book is devoted to these compelling discussions, which provoke thought very effectively. Even though the plot often takes the passenger seat to the theme, the dialogue and descriptions drive the story forward at a fast pace. The content of the discussions paired with Charlie’s age and circumstance makes the story fascinating.

It does seem a bit unrealistic that Charlie is so young and yet so intelligent, but there are certainly a few children out there with IQs as high as his, and his questionable mental stability makes this more realistic. He is naive, like a seven-year-old, and his relationship with his brother is empathetic and emotive. That relationship and the scientific discoveries work well together to bolster the theme of the book.

This novel is perfect for people who prefer philosophical books and value theme over plot. The characters are well developed, so there is no shortage of literary merit there. With straight-forward prose and in-depth discussions of empathy, animal rights (though this second one often feels out of place and a step away from the plot and theme on the whole), and the nature of reality, this book is an interesting contribution to philosophy, while containing a decently compelling story, as well.
on August 20, 2014 1 comment: