Alice's Adventures in Wonderland - Lewis Carroll
The cartoon movies and the one with Johnny Depp had plots. The book didn't. But it was fun anyway. A goofy classic adventure that will never get old. :)

Through the Looking Glass - Lewis Carroll
Same as first... :)

The Dispossessed - Ursula K. le Guin
Let's not go on a political rant here... This is science fiction, which I am not a fan of, as I said when I read one of her books last month, but the subject matter this author discusses in her books intrigues me extremely. 100 and some years ago, on the planet Urras, there was a revolution, and a group of people moved to the moon, Annares, to begin an anarchical society. Now, one man returns to the plant to learn about the society and try to make the people get along. I'm really into freedom and all that jazz, so I enjoyed this book. I would recommend it, even if you are totally against anarchy, because Ursula K. le Guin has a very interesting viewpoint on it. It makes you think.

The Green Mile - Stephen King
Stephen King is always good. This book had a distinct voice. It was fast-paced and thrilling. I kept getting deja vu as I read it, but then I realized I'd seen the movie a while back. Anyway, this is an amazing book. You should read it if you haven't already.

If on a winter's night a traveler - Italo Calvino
The tone is wonderful. I felt like the author was speaking right to me, even though I am a girl, and the 'you' in the story is obviously a male. It was written in second person, the writer speaking to the reader, and I think this book is a book that every writer must read. So get on that! :)

The Tent - Margaret Atwood
This is a book of little vignette essay type things, all connected thematically. I thought it was a very interesting idea, and the mini stories were very well written.

The Ethical Assassin - David Liss
This is the kind of book I would like to write: a funny thriller that's well written and has a strong message. It's about this kid who's selling encyclopedias to make money for college, but he is caught in the wrong place at the wrong time and ends up as an accessory to murder. I really liked this book.

Demons - Fyodor Dostoyevsky
When you're reading a book that is over 600 pages long, has dozens of characters, and has been translated from Russian to English, it can be pretty tricky to understand. But that's Fyodor Dostoyevsky for you. Of what I did understand, it was funny and clever, and I liked it. Typical Dostoyevsky, I suppose.

As I mentioned last Monday, I have decided to host a peace blogfest in September. I have sorted out the details mostly, and I will be posting them and the sign up sheet on Friday July 1st. I hope you decide to join in!

Gosh I run slow. Magpie tagged me, so now I have to answer these silly questions.

Do you think you are hot?
I'm going to say average. Way to ease into this quizzical chain mail with such an unnecessary and unusual question.

Upload a pic or wallpaper you're using: 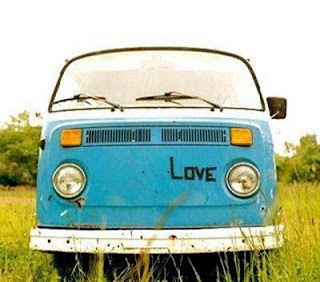 This is my laptop wallpaper. Yes, I know, I'm a hippie.

When was the last time you ate chicken?
I became a vegetarian in January of this year. So, what is that? Six months ago?

What were you thinking while doing this?
I was thinking: can I just not do this? Does it even have a purpose?

What song/songs have you listened to recently?
I've been pretty much listening to this song over and over for the past week.


Do you have any nicknames?
I was called Aimo Star in elementary school. I have no idea where it came from. My dad calls me Aimee Bea. My middle name is Beatrice, obviously, and I love it and wish people would call me that sometimes. But everyone just calls me by, you know, my name. Aimee.

Tag 5 blogger buddies.
I'm going to be nice and not do this part. You're welcome!

I have been greatly inspired by Hills and Corkscrews, who is hosting a blogfest for teen writers. I am too old [18 and under may join; I'm 19 :( ] but I encourage you other teen writers out there to join in!

As you know, I'm really into the whole peace thing. 21 September is International Peace Day, which is adopted by all countries in the UN. I had been planning already to host a writing contest in September, but I've been thinking of making an even bigger deal of Peace Day, to spread the word to as many people as I can.

I'd just like a show of hands, I suppose. If I can organize a Peace Blogfest in September, how many of you would participate? Is this a good idea?

Actually, I'm not sure why I'm asking this as I've already decided to do it. Or at least I'm 90% sure I'm going to do it. My main concern is not getting any participants, which would pretty much suck.

How Long Have You Been Writing?

Have you been writing for a long time? Ten years? Twenty years? Or is writing a new discovery for you?

Me, I've been writing since I learned how. I know, it's cliché. I learned how to read and write when I was about four, so roughly fifteen years ago.

How about you? How long have you been writing?

I often find myself unconsciously mimicking the style of the current book I am reading, that is, if I'm not working on a specific project with a specific tone. Sometimes it's a good thing, other times, not so much. It can skew the direction of a story, either derailing it and causing a train wreck or changing it for the better.

Voice is a significant aspect of a story, and finding your own unique voice takes some time and some practice. When you find your rhythm, you know it. Many times, and usually every time, it changes depending on the story you are writing.

Writers almost always say that to be a good writer, you have to read a lot. I read so much it's ridiculous because I want to improve my writing. By seeing what others have done, what has worked and what hasn't, you can shape your writing (and reading) habits, and your own voice.

Some writers that have contributed to my own unique writing voice over the past few years are Martin Amis, David Foster Wallace, Joseph Franzen, and Joseph Conrad. They are obviously super famous, and I will never be as wonderful writers as they are, but I like to see my writing style in the same vein as theirs (though Conrad is quite different from the other three; I am influenced by him theme-wise [i.e. Heart of Darkness]).

To what extent are you influenced by other writers? What writers have influenced you?