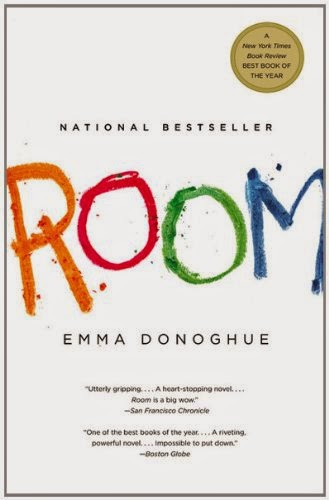 Whoa. This is a hugely powerful novel about a woman who was kidnapped at nineteen and held in a room for several years, repeatedly raped by her captor. It is told from the perspective of her five-year-old son, Jack, who was born in the room and has never been outside and never met anyone other than his mother and the kidnapper (from whom his mother fiercely protects him, never allowing the captor to speak to him or touch him). The writing perfectly captures what you’d expect to be going on in his mind, since this is all he’s ever known, and it’s evident that the author did a lot of research about developmental psychology. The first half of the book is creepy, since the reader gets hints of what's going on based on narrator Jack's observations, and the second half is heart-wrenching. Through Jack's eyes, we are shown some of the things in our world, often socially, that are strange and constructed rather than psychologically innate. It’s fast-paced and emotionally moving. Very much recommended. 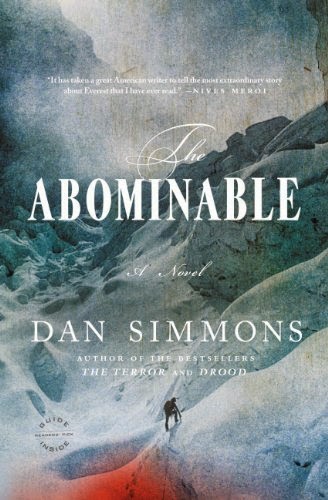 The Abominable by Dan Simmons

Three men are sent on a mission to climb Mount Everest to uncover the body of a man who went missing on a climb the year before. But when they get there, they realize their mission is not quite what they thought. The book is very long and split into three sections. The first part details their preparation and is interesting, though it made me impatient wondering when they would start the trip; the second part details their climb, which is also interesting but doesn't yet include the suspenseful elements that the description of the book claims; and the third part details a scary chase up and down the mountain by creatures which the climbers must identify and attempt to escape from before they are killed. The legend of yetis is used here in a terrifying way, and the historical details in all three parts (especially the first and third) add a lot of depth and meaning to the plot. I found this to be an adventurous (albeit long) book, and I'd recommended for people who like big travel stories. 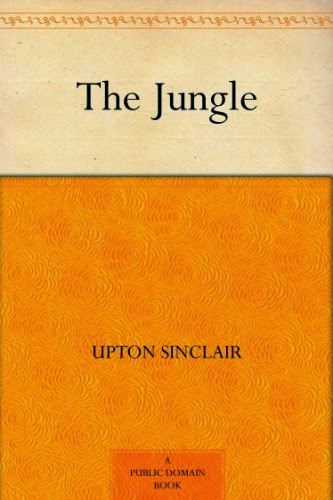 The Jungle by Upton Sinclair

I’d been meaning to read this for a while, since Upton Sinclair was in his twenties when he wrote this (and I am also in my twenties), and it contributed to economic and environmental social movements. I can definitely see why it is considered a classic, as it follows an immigrant’s journey from his arrival in the US through his adulthood, which consists of many up and downs through poverty, success, tragedy, happiness, and more. His life is a roller coaster, which at times seems unrealistic, but the plot works perfectly for conveying Sinclair’s political and social messages. The narrative is also largely "told" rather than "shown" in its writing style, making it extremely plot-driven and lacking in emotional depth (except when discussing the main character's family, who goes through some heart-breaking experiences). Otherwise, it is a fascinating look at poverty, immigration, and labor unions in the US. 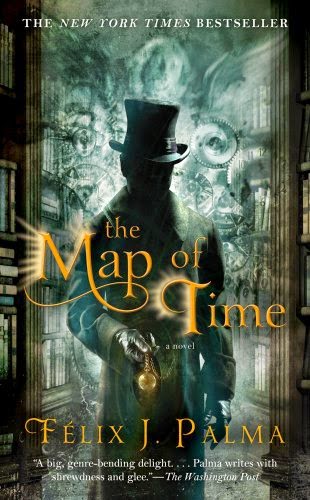 The Map of Time by Felix J. Palma

The front cover of this book and the description make this sound like a steampunk novel, with a lot of sci-fi elements, but it’s really not. It’s an extraordinary and fun adventure in the vein of Jules Verne or Charles Dickens. Set in Victorian England and following three main characters who each deal with time travel and romance in some way, this book is seriously fun. It’s split into three parts that each can stand alone as individual stories, but when straight through, they create a tapestry of a story where all the parts fit together. The characters and their dilemmas are unique, often hilarious, and sometimes over-the-top romantic. Anyone who loves a good time travel story will adore this.
on July 31, 2014 No comments:

My short story "Choice" was published today on S/tick magazine's blog. I'd love to hear your comments! S/tick is a feminist magazine based in Canada. My story fits with their mission because the subject of the story is a contemporary feminist topic. I feel like I should mention that my story is not based in experience, as it is a sort of controversial topic. I hope you enjoy it, if you venture over to read it. 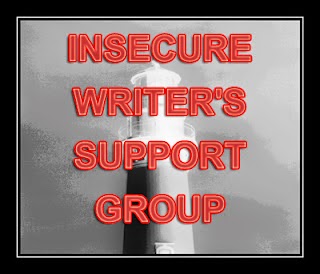 For the first time, my insecurity I’m writing about in my insecure writers’ post does not stem from me not having the time, energy, or will to write. For that I am immensely grateful. Instead, my insecurity is coming from me having nothing stopping me aside from myself.

I have graduated from college, so, even though I’m now working full time, I have more time to write now than I ever have before. I’ve been slowly finishing up and removing other responsibilities in my life in order to make more room for writing and reading, essentially simplifying my life to keep myself focused. This means I have to use my time wisely, obviously.

The thing I’ve noticed about myself in this regard is that I’m a major procrastinator. I’ll look at the empty page for a minute and feel dread at writing, then go check Twitter. But, if I set my mind to it, as soon as I start writing and get a sentence or two on the page for the day, the words just spill out. It’s the starting that’s hard. The rest comes easily.

Now, though, it’s my skill that will hold me back. It’s only the “my writing’s not good enough” that’s holding me back. I have time, I have will, I have energy. It’s only my own doubt that’s preventing myself from writing, and from practicing in order to get better. I’m realizing that I was only using time and energy as excuses before. So now, I must write, and not be afraid. Maybe it will get me somewhere some day?